Hi Brad,
I started looking into doing web development and have been hearing about Express; what the heck is that? 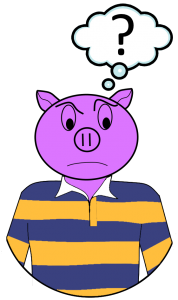 Express is a framework for Node.js, if you want to know more about Node.js you can check out my post What the Heck is Node.js. Express is an open source framework designed to make developing websites, web applications, and APIs in Node.js much easier.

Express helps you respond to CRUD HTTP requests via multiple URLs with route support. It also supports multiple HTML templating engines such as Pug or Hogan to simplify HTML generation.

Right but why use Express over Koa, Restify, or Sails?

For me I choose Express because its popular so I assume that most people (new hires) will know of it over the others and last I looked Express was just a tad bit faster then the others.
It isn’t the biggest reason but when the differences between different web frameworks are negligible it’s best to just pick one and stick with it.

That being said it could just depend on what your looking for. Sails gives you a Rails like ecosystem to play in where it favours convention over configuration, might be a bit heavy weight for simple APIs but if your are hosting a large number of APIs and UIs it’s a good bet (note it uses Express under the hood). If your are just doing a simple service hosting a few APIs Restify is an opinionated web framework meant for exactly that use case. I say opinionated just to say that it bakes a lot of the configuration in for you which is handy; Express in contrast requires you to wire everything up your self favouring to give you control over how the server will handle requests. If you just need a simple out of the box API service then Restify gets you up and running quickly and offers built in HTTP exceptions you can throw to indicate 401’s, 404’s, or 500’s. I don’t have much experience with Koa at the moment but I do recall that it offers the ability to chain middle wear in both directions, that is once the request is handled it flows back up the middle ware stack giving each middle ware a chance to do something in the response side.

But again Express is powerful, flexible, well known, and just the taddest bit faster under contrived conditions so that is what I tend to keep using for now.

Express is distributed as a package so you can install it via the Node Package Manager (NPM). To learn more about NPM see my post What the Heck is NPM?.

To install Express simply type the following in a terminal:

This will install express into your project and save it as one of the projects dependencies in the package.json file.

So what does Express look like? Here is a really simply example of a Json REST API using Node.js and express:

In the above we create a HTTP server via Express and create a single routing. Any GET request which comes in on the root URL will be routed to the callback which will simply respond with a plain/text response that reads {“message”: “You found our API!”}.

What makes Express such a wonderful module to use when creating web applications or APIs in Node.js is that it abstracts away a lot of the work in regards to setting up CRUD HTTP routing. For an example here is that we’d have to write if we were not using Express (or any web framework) to do the same as the above:

As you can see the ability to add new route handlers simply by calling server.get(...); server.post(...); server.put(...); server.del(...) for each unique URL is a lot easier then having to parse the request objects values our self’s.

To see the above in action save it to a file, lets say called server.js. Now open a terminal in the same directory as the file.
First you need to install Express so type:

You’ll see that your terminal is not returning, its busy running the server. Now open a web browser and navigate to http://localhost:8080. Your browser should get and render the simple json object with one attribute called message.

So there you go, that is what the heck Express is; a JavaScript framework for Node.js for simplifying the creator of web sites, web applications, and APIs.

This is a really simple example of Express; I’ll do up some tutorials which will get into Express a bit more in future posts.

I hope that helps, if you have any questions feel free to leave them below and I’ll answer them as time permits.