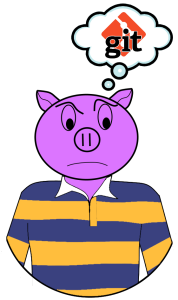 Good question; assuming your using Git and your other improvements were committed atomically, that is you committed one thing at a time instead of lumping them all together in an uber commit then Git has a really simply command for you.

Its called cherry-pick, for a tool created by the same person who created Linux this command is surprisingly named rather intuitively as it does exactly what you’d think. It cherry picks commits from one or more branches to another.

So in your case lets say you have one feature branch called feature and your main line called master. 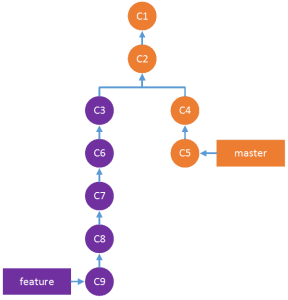 To get them from your feature branch to the master without also pulling in all the other new feature commits you can run the following commands:

The above will take the three commits from the feature branch and add them to your master branch under the current HEAD position.
Since commit sha’s are globally unique regardless of what branch they are in this would also work if the three commits we wanted to cherry pick each existed in different branches. 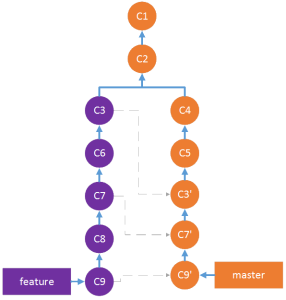 As you can see this command moves a commit from one location to another; it does however insert the commit in the new location with a new sha but what if you want to be able to track where this commit came from? This might be handy if you are cherry-picking changes from the mainline into a release branch and want to be able to follow it back one day to the main line for audit purposes.

The cherry-pick command has an argument that does exactly that. If you use the -x flag the commit message in the target location will be appended with the source’s sha allowing you to look up the origin of the cherry-pick.

There is a really good tutorial which I rather enjoyed going through located at http://pcottle.github.io/learnGitBranching
It goes through a number of commands, the cherry picking command is introduced at the Moving Work Around > Cherry-pick Intro level.

I hope that helped and answered your question.