Hey Brad, my boss keeps talking about the “Team” but other departments in my organization call themselves a “Work Group”; what the heck is the difference?

Whenever you have a large amount of work to do where you need multiple people to do it you need to group and organize that collection of people so that the work can be done efficiently. What the work is and the environment the work must be conducted in differs greatly and as such the way you group your collection of people together differs as well. Its not so much a question of one being better then the other (team vs work group) but more of which one of these tools will suite me today.

Picking the right kind of group organization/dynamic is a skill that people with a competency in Team Leadership must have.

What is a Work Group?

A work group is a collection of similarly skilled individuals working together to achieve a common goal. Each member reports directly to a common manager/supervisor but do not necessarily collaborate with each other directly. 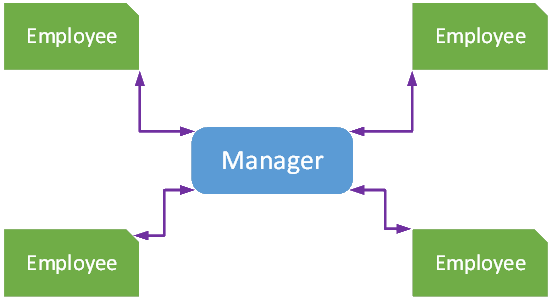 An example of where a Work Group could be the right organization type to employ when collecting people to work on a project would be a call center. The overall goal of the project is to support your customer base; your company offers a product or service and when your customers have issues with it they call you. That is the over arching justification for allocated resources however the work involved is atomic; each customer issue is a small isolated unit of work that a single person can work on. The reason you have allocated more then one member to your section is because you have lots of these isolated units of work that need to get done rapidly.

Because each unit of work is atomic (they don’t depend on any other unit of work nor do the units of work need to interact or conform to a standard interface in any way) Member A does not have to communicate with Member B to achieve their task. You as the Manager need to be apprised of the overall state of the call center (are all the customer issues being delta will efficiently and adequately) so each member of the group will report to you. If a member of the group is stuck and requires assistance they will make the request to you to have someone else assigned to them for assistance. This could take the form of a standard process where as you the Manager have already designated members of the group (call them Tier 2 Support) who are the go to’s when the Tier 1 group members get stuck or literally as a request to you to manually resign the task to other members of your group.

This is a perfectly reasonable setup; converting it to a Team may not necessarily improve efficient in this case and might even hinder it (Teams aren’t free, they take effort). But its not the right approach for every situation.

What is a Team?

A team comprises of individuals with complementary skills committed to a shared purpose, performance goals, and processes. Team members interact with each other directly and with the Team Leader. 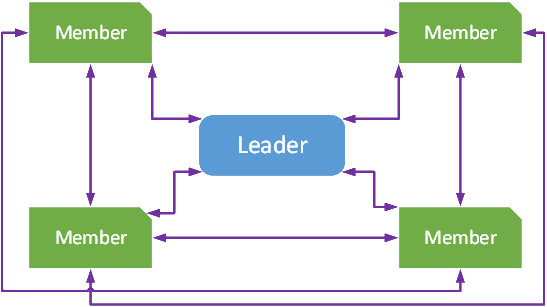 Don’t misunderstand me I’m not saying Work Groups are bad; however, this blog is for Software Developers by a Software Developer and in the arena of Software Development I truly believe that Teams reign supreme. De-centralizing the communication and allowing any member of the team to talk to any other member of the team improves performance and adaptability. Like I said above though its not free, it takes effort to cultivate a team culture of openiness; if the units of work each member of the team is working on are atomic and does not require collaboration that effort is wasted and a Work Group would be more efficient. If the units of work require different skill sets (i.e. coding, UXD, testing, etc.) then its likely that multiple people will be contributing to the task. In this scenario the amount of communication will be large and funneling it all through a manager will create a bottle neck. Allowing a team to take ownership of the task and be able to freely communicate with each other has a dramatic performance improvement as the team will be self driven to make the product better.

So there you have it that is what the heck is the difference between a Work Group and a Team; A Work Group is a collection of similarly skilled individuals each working independently on a common goal and a Team is a collection of complementary skilled individuals working collaboratively on a common goal. Both organization types are valid and the skill is knowing which of these two tools to use when putting together an assemblage of people to achieve a common goal.