Hey Brad in Qt for Android you can have Java files included in your project for accessing native API’s. When building you need to put these Java files in a special src directory to be property picked up by the Android SDK; you tell qMake where to find these files (and other Android required files like resources and the manifest file) by using the ANDROID_PACKAGE_SOURCE_DIR variable in your project *.pro file. What if some of the Java files I want to include in my App are common and I want to share them between multiple projects? How the heck do I tell qMake to copy them all to the src folder when I build the App? 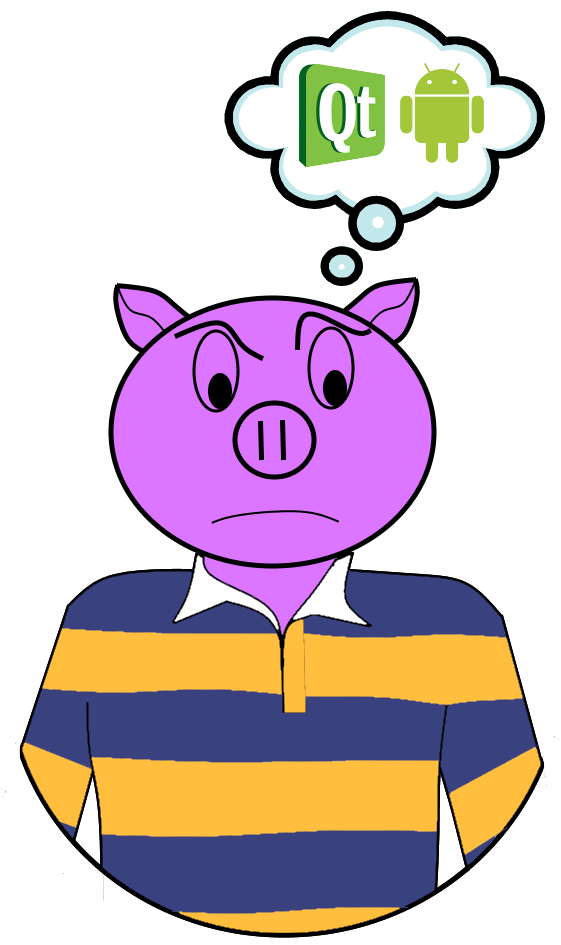 I’m still fairly new to developing Android apps in Qt but recently I started the journey and ran into the exact same problem your having; I wrote some common C++ / Java code that I wanted to share between a few different apps. The C++ code was easy (shared library) however as you say what about the Java code, I don’t want to have copies of the same Java code in each project directory.

First I thought I could use the += operator and provide two paths to the ANDROID_PACKAGE_SOURCE_DIR but that just resulted in qMake thinking the path was “C:\myProject\android C:\MyCommon\android” which obviously isn’t a valid path.

It took a bit but I figured out a way to do it that is pretty easy to do.

When compiling a Qt Android project after the C++ code is compiled/linked an ANT script is run which compiles the Java code (hence why you just need to stick Java source files and not compiled JAR files in the src folder) and creates the Android Application Package (APK).

The ANT script, which is part of the Android SDK, by default looks in the src folder and compiles any Java files found there. So all you really need to make sure is that before the ANT script is run all the Java files you want to use as part of your App are located in that folder.

To do this in my applications *.pro file I added the following:

When you run qMake the Make file that gets generated will have the following:

So now when I build the application my common C++ gets linked in as a shared library and my common Java code gets copied to the android-build/src directory before the ANT script compiles all the Java code that it finds, both project specific and common, and packages them into my apps APK. This eliminates any need to keep copies of the Java files in multiple locations in my source tree or need for external build scripts/tools to setup my working space before I compile.

So there you have it, a few extra qMake statements and you can store your common Java source files in a central location in your repository and have any apps which need to use them automatically copy them into their output directory each time you build.