Hey Brad, I’ve been using Qt Quick for a bit now and have created a whole bunch of custom controls. I recently upgraded to the latest version of Qt and now I’m running into issues because Qt added a bunch of new Qt Quick Controls and a few of them use the same name as my custom controls. How do I resolve these naming conflicts?

I ran into this very same issue my self not to long ago and I’ve got good news for you, there is a way to deal with naming conflicts that doesn’t require you to go and rename all your components.

In this tutorial I’ll show you how to resolve QML Component Naming Conflicts. 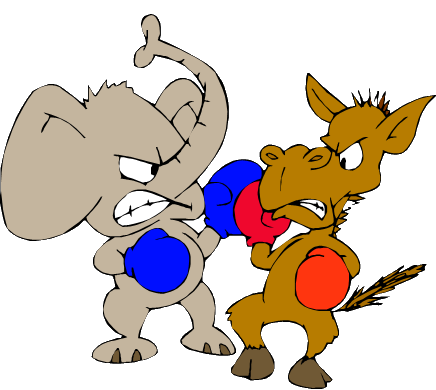 Per the above lets say you defined your own QML component that represents a custom button that has a nice red colour. This custom button of yours exists in a file called Button.qml so that when you import it you can use it simply by declaring Button{...}. Now lets say you are working on an interface that will use your button and a drop down control. Instead of creating your own drop down your going to import and use the one that comes with Qt in the Qt Quick Controls module. As soon as you import the Qt Quick Controls module your nice red button turns into a drab standard grey one. What the heck just happened!!??

When the QML engine processes a QML script it reads it line by line going from top to bottom. If your script imports your button first then imports the Qt Quick Controls module the engine will first register your component with the name Button then it will register the Qt Quick Controls button component with the name Button effectively un-registering your component.

So How can I make sure my Button component is used?

Well the simple answer would be to change the order of your import statement so that the registration of your button component comes after the Qt Quick Controls import but that seems a little fragile. The next programmer that comes along and imports something new or imposes a style standard (i.e. import framework modules first) would break things pretty quickly.

The good news is that Qt didn’t leave you high and dry they have a built in mechanism to deal with naming conflicts.

When you import modules in your QML script all the components in the module are imported into a non-qualified local namespace. Think of the import statement as something similar to a combination of the #include<> and using statements in C++. In C++ you deal with naming conflicts by putting your classes into different qualified namespaces; when you include a class you need to access the class by qualifying which namespace your intending to use. Of course typing std::string over and over again is a pain so C++ also has a using statement where you can tell the compiler that within this file scope put all the classes into a local non-qualified namespace so that when you see string know to use std::string. Its a nicety to save typing and where C++ made that an opt-in nicety QML made it an opt-out. The import statement in QML by default puts all the imported components into a non-qualified local namespace so that you can access any of the components within the module without qualification.

Most of the time this work without issues and lets you write your QML script with far less typing but in the above case its landed us in a naming conflict problem. To resolve this you can tell the import statement to place the components into a qualified local namespace instead by using the as keyword.

By adding the as keyword and a qualification name to your script you can now explicitly state which button component you intend to use.

Note this is not system wide; you only have to do this in the scripts which suffer from the naming conflicts. Like in C++ the using statement is only applied to the C++ source file it is used in the as keyword is only applied to the QML script it is used in. If your button component is being used in other QML scripts which don’t import the Qt Quick Controls there is no need to add the qualification name, you can leave it in the local non-qualified namespace and access it directly. So again good news, when you do start running into naming conflicts you don’t have to permeate the solution throughout your entire code base; You just have to apply it in the spots where the conflict is occurring.

So there you go that is how you can resolve naming conflicts between QML components. Note the same solution can be used if the conflicting components are C++ in origin instead of QML. Naming Conflict Sample 2 illustrates this point, also see How to resolve C++ Component naming conflicts in QML to learn more.