Hey Brad what the heck makes an effective leader?

At the end of my previous post What the Heck is a Team Leader? I talked about leadership coming from all directions, the idea that anyone on a team can be the leader. Being a leader is not about a role or authority but rather its about passion, will, and the ability to motivate others. That being said not everyone is effective at being a leader; its not that they can’t lead its simply like what Michelangelo said about his marble statues, they haven’t chip away enough impediments to reveal the leader within.

To be an effective leader one needs to understand what it means to be a leader (and better yet what it doesn’t mean) and work on the skills that support said meaning. 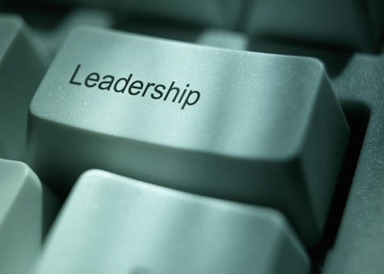 First we need to understand that the most important thing is that the goal gets achieved to the satisfaction of the person or persons who commissioned the project. If the achievement of the goal was unimportant then there wouldn’t be a team to lead in the first place; why would they spend money on putting together a team if they didn’t care about the goal? So the primary objective for everyone needs to be achieving the goal.

If a leader leads by virtue of authority then their primary focus isn’t on achieve the goal but on maintaining authority as without it they can not lead.

Contrary to populate belief leadership isn’t about authority; its about motivation (again why I think leadership can come from all directions). If a leader does not inspire and motivate a team to lead itself then they become a single point of failure; If something happens to the leader then the project fails.

If you simply tell your team this is the goal and you need to do it they will be only motivated as far as their paycheck. To be an effective leader you need to be able to communicate the why to the team, let them know why its important that the goal be achieved on a personal level. Why is the success of the project important to you, to them, and to the organization you work for or are apart of. If you do this the goal stops being a paycheck to your team and starts being really important to them; they want to see the goal achieved as much as your patron does.

Hey Brad side question, I asked my boss why it was important we achieved our project’s goal and they said because it will make us lots of money. Isn’t that still just being motivated by our paycheck? Why yes it is the same but that was the wrong answer, your Boss misunderstood the meaning of the question. Unless your organization is without focus it probably has a central driving point; a reason for existing. If you ask someone why your organization exists and they say it exists to make money then it better damn well be the Royal Mint as they are the only ones I know who can legally do that in this country.

Producing revenue is a by-product of achieving the goals of the organization it is not the goal itself. When your organization was founded the founders saw a problem in the world that they knew they could solve. Yes they realized that they could make money doing it but the objective the organization set out to achieve was the solution to the problem; the fact that they could make money doing it was just a happy happenstance. That is the Why, it is important for us to achieve the goal of this project as it furthers our ability to provide Solution A to Problem B which is why we were founded in the first place. If solving Problem B resonates with your team members on a personal level and they understand how achieving the goal of their project is inline with the organizations primary objective then their work will be seen in a whole other light. Now they will be motivated by personal desire and not by their paycheck – in our society a paycheck enables you to pursue your passion but isn’t in itself your passion.

You also need to be able to motivate your team to aspire to a higher level of standards and performance; don’t tell them how fast to run just keep the pace and encourage them to do better. If a team stops striving for greatness they will simply continue to rinse-wash-repeat the same work over and over again; not necessarily because its sound but because its familiar. Teams like this can become mediocre and the team members could become board. You want to encourage them to push themselves; tell them that you believe in them and motivate them to challenge themselves. Don’t tell them to do better that will only undermine their confidence but when they are open to it give them a little nudge to help them see the greatness in themselves that you see. This will keep them engaged and happy and will have the side effect of elevating the teams performance and ultimately producing a higher quality output while reducing the cost to the organization.

An effective leader needs to make their team feel safe, that sometimes its ok to fail as that is how we learn. By making your team feel safe it will allow them to take risks, push the envelope, and try something new in order to achieve the goal without fear of failure as they know you have their back. If a team feels alone then they won’t take risks and will try their best to not rock the boat. This will result in lower quality output and missed opportunities. By letting your team know (better by actions then by words) that you have their back they will be more open to taking risks, going after new opportunities and asking the hard questions. Better yet they will want to have your back as much as you have theirs. They will be motivated not because they fear being reprimanded if they fail but because they won’t want to let you down.

Your Not That Important

Lastly an effective leader does not place themselves above the team. An effective leader does not view it as without me the team wouldn’t exist but rather acknowledges that without the team I’d have no one to lead, the team is more important then the leader. An effective leader understands that the team is the most important part in their partnership; its them who are doing the work, the leader simply needs to service the needs of the team. Behind every great athlete there is a coach; without the coach the athlete is still a pretty good athlete if not as good as they could be but without an athlete who is the coach? It takes both a great team and a great leader to be truly spectacular but a good leader should be humble enough to know that its the teams needs not their own that need to be serviced. 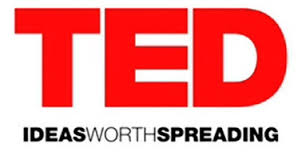 The following two TEDTalks by Simon Sinek are absolutely fantastic and have really shaped my view on what it means to be a leader. I highly recommend you take the time to watch both of them.

So that in my opinion is what the heck makes an effective leader; someone who isn’t self important and understands that they are simply a servant to the more important team. Someone who can communicate the reason behind the goal and why its important that its achieved. Someone who can encourage and motivate a team to better themselves, and someone who is looking out for the team keeping them safe so they can take the risks necessary for success.