Hey Brad, some of my co-workers are talking about committing their changes to the Main Line what the heck do you think they mean by that? 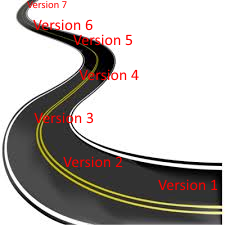 All new features are done on your main line as it is your application; development done on branches are typically merged into the mainline before release, unless they are hotfix/patch branches or one offs for a particular customer which won’t be included in your application as a whole.

The term Main Line is more of a general term as different source repositories tend to use their own terminology when describing a Main Line.

In Git, a distributed source repository, there is no special term for the Main Line as Git does not make any special notations between branches; everything is a branch and per the tool no branch is any more special then any other branch. One would think that the Main Line in Git is simply your integration branch. In Git each developer has their own branch as there is no concept of a working copy therefore each developer needs to integrate their changes with each other which is typically done via a conceptually special branch refereed to as the integration branch. No work is done on this branch except for Forward Integration’s; that is developers simply merge changes into this branch and don’t make changes within the branch directly. A Continuous Integration (CI) build system typically uses this branch when doing builds. Its possible that a new branch is created to start work on a new version and instead of integrating that branch into the integration branch (i.e. Main Line) the new branch just becomes the new integration branch, where the old one is deprecated, and therefore the new integration branch becomes the Main Line. In this way notice that the Main Line isn’t fixed to a particular branch but instead moves to which ever branch is your latest and greatest version of your application.

In a centralized source repository such as Perforce or SVN all developers work on the same branch; that is locally each developer works offline in a working copy then integrates their work with the primary branch. This primary branch could either be a hotfix/patch branch or the main application branch. Different repositories have different names for this primary branch; in Perforce its called Tip, in SVN the common convention is to call it Trunk; this primary branch is your Main Line.

So that is what the Heck the Main Line is; your applications main continuity and where all your development effort goes version after version.