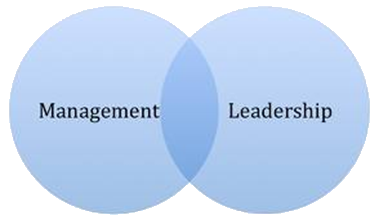 That is a very good question; when I started to write this post I was going off of what I learned in a soft skills workshop on team leadership I attended not to long ago. If you’ve read my last few posts you’ll see that I had a lot of take aways from said workshop. It defines a Team Leader as someone who communicates team status and participates in project management activities with other members of the team. They coordinate actives between team members, represent the team to others in the organization, negotiate for resources required for the team to succeed in their objectives, helps the team set SMART Goals, and facilitates the mitigation of conflicts and other impediments. In short it outlined the Team Leaders primary responsibility as keeping the vision clear and the work on track.

But wait how is that different then a Team Manager, you might ask

A Team Manager does all the same things as a Team Leader but with one very important difference. Instead of being themselves part of the team a manager is adjacent to the team; They coordinate the effort by assigning/scheduling the work of others. A Team Manager is not a member of the team but is in charge of it; they are elevated above the team.

A Team Leader in contrast is part of the team; they don’t sit above and give orders but rather services the needs of the team.

The key take away here for the differences between a Team Leander and a Team Manager is that a Team Leader is not a boss. They are a servant leader to the team (Agile teams should find this familiar; if your using Scrum per the above definition your Team Leader is your Scrum Master). This is a rather profound difference in attitude as a Team Leader is not about command and control but is all about motivating and coaching the team. The team members are the experts not the Team Leader. The Team Leaders job is to merely set the pace and let the team do the work.

I saw a video once of David McTurk Former COO of Bookham Technologys talking about leadership and in that video he said that a good leader does not dominate their team, telling them how to do things, but rather facilitates the team to lead themselves. The metaphor Pace, don’t lead is about a trainer running along side the athlete. The trainer is not running ahead of the athlete telling them where to go but is instead running along side them. Why? Because the trainer wants to encourage them to do better, let them know they are not alone (that they are safe), and that their needs are being met. The trainer is not telling the athlete how fast to run, that is the athletes decision because they are the expert not the trainer. The Runner is the expert they know how to run they just need encouragement to better themselves and that is all the trainer should be doing. The same goes for software development; a good Team Leader shouldn’t be telling the other members of the team how to do their job but should instead motivate them and challenge them; again they are the experts your company wouldn’t have hired them and you wouldn’t have put them on your team otherwise. 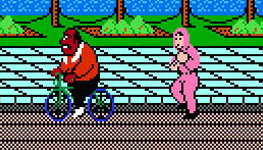 Here is the link to the video assuming its still there, its about 3min and is worth a watch. Pace, Don’t Lead

So with that said what is a Team Leader?

A Team Leader is:

I was enamored with this idea of what it means to be a leader because at the time although I was not a manager I was given a special role called the Team Lead (well in principle that wasn’t actually my title per HR it was just the role I played on TV). The lack of those two little letters E and R made all the difference; Without them I felt and am sure was perceived by others on my team not as a servant leader but rather as the Top Guy, the go to for the team. As a Team Lead I felt like I was elevated above the team, in theory I was in charge of the team and the Team Manager was in charge of the project. To be honest it defiantly inflated my ego, I enjoyed the feeling of recognition and of being in command. Ultimately that was only helpful to me and in fact detrimental to my team; you can’t elevate someone without de-elevating someone else. Instead of thinking of it as the team being on the ground and me being on a pedestal think of it as me being on the ground and the team being moved into a hole.

When you value an individual you don’t push them up but rather push the rest of us down.

Have you ever seen that movie Office Space? There is a quote in that movie that sums up the feeling the members of my team may have felt having both a Team Lead and a Team/Project Manager in among the mix:

Changing the role Team Lead into Team Leader I believe changes the overall feel of the role from Top Guy to Servant Leader. For us we switched from Lean to Scrum and I stopped referring to my self as the Team Lead in favor for Scrum Master. The dynamic of our team changed profoundly when I started to embrace the idea of servant leader. Now I believe everyone feels like an equal contributor (even our Co-Ops) to the overall success of the project. Not to mention my time is freed up as I’m no longer the go to but now just a facilitator, got a problem I know who you can talk to and it isn’t always me.

I hope I’m being clear here that its a mindset/attitude thing, if your current title is Project Manager you can either full fill that role as a Team Manager or a Team Leader its all about how to choose to go about managing the team. Do you view your team members as subordinates or equals? Who is the expert you or your team?

But I’m still having a problem…

The above is good and all but I started to have a problem with the above. It still sensationalizes the role; weather you rule with a soft hand (Servant Leader) or an iron fist (Top Guy/Big Boss Man) the role is still elevated in some way over the team. There is this idea that the team can not exist without a single individual acting as the charge that the team can rally around. 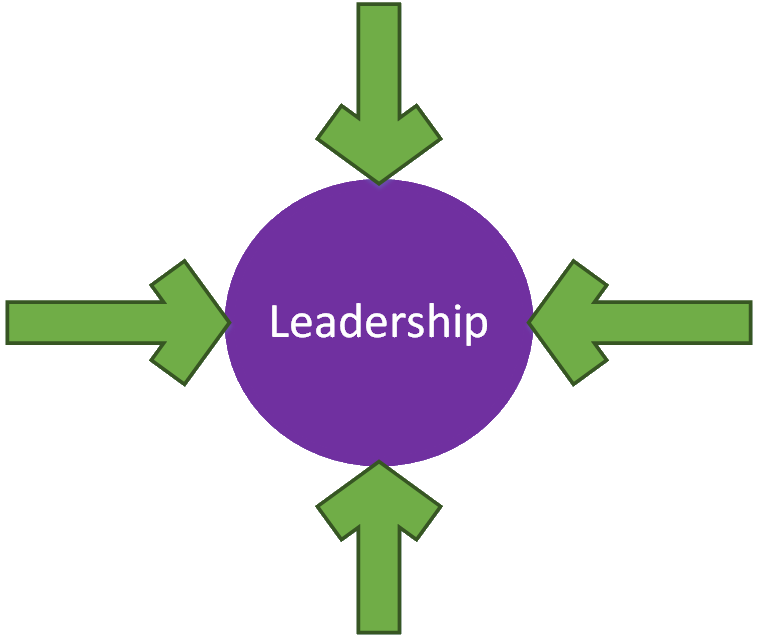 Much like I don’t believe in subject matter experts; we’re all experts in our own right, I believe that we are all leaders. Michelangelo is contributed with saying that The sculpture is already complete within the marble block, before I start my work. It is already there, I just have to chisel away the superfluous material; I believe the same is true when it comes to leadership. Every single one of us has the potential to be a leader therefore the idea that there is a single role called a Team Leader is preposterous because all members of the team are leaders in their own right. Some times we just need to chisel away the impediments that prevents them from owning the role.

For me the Team Leader or Scrum Master is a temporary role; a stop gap until all members of the team acknowledge that they too can lead. Many Scrum teams rotate the Scrum Master role around (even from sprint to sprint), this only illustrates my point that we are all leaders. My altruistic vision is that at some point during a teams development it will hit a level of performance where there will no longer be a need for a Team Leader/Scrum Master. All members of the team will lead equally.