Hi Brad I heard you talk about Project Fatigue before, what the heck is that?

Project Fatigue is a term I thought I was about to coin until I did a quick Google search and learned that its already a thing. It (or at least my use of the term) describes a condition when a team, team member, and/or organization starts to loose focus on why a particular project exists. 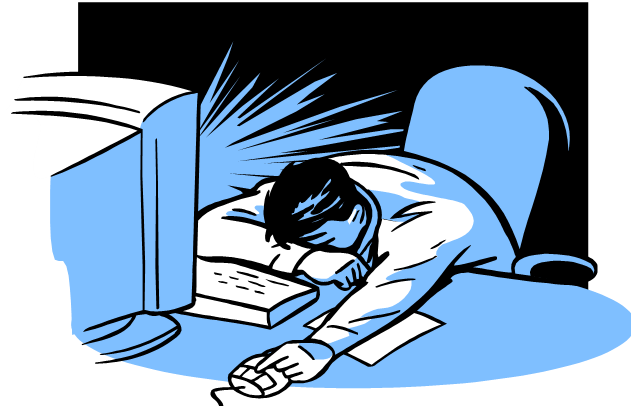 A project doesn’t (or at least shouldn’t) just come out of thin air, someone identified a problem that they deemed could be resolved by some solution (in our case a piece of software or software/hardware combination), got the organization to buy off on it and commissioned a project to create said solution. A team is formed to action that project, the output of the project is the solution to the identified problem.

Project Fatigue can set in when the focus switches off of the reason for the project (i.e. the identified problem) and put squarely on the tasks. When people stop asking why we are doing this and start asking are you following the plan.

Lets look at a project that is using a traditional plan driven project management approach (i.e. Waterfall). At the start of the project all the plans are made and the objective is set. The objective being to deliver a product with the given list of features by such and such date. The project is planed to take 12 months to finish. Now I’ve worked on projects like this and I can tell you that a few weeks into it I start to lose focus, I mean I’ve got ~11 months so what if I’m slipping here or there or decide to take a few days off part way through the project I’ve got plenty of time (I’m reminded of a Micky Mouse cartoon my son likes to watch where one of the character keeps taking detours and slacking off during the rally race as he is faster then all the other participants so he has plenty of time, sort of a tortoise and hare story). Now I’m not really that obtuse, I know the tortoise wins in the end, but I’m human and I can’t help but get demotivated over time. Its this demotivate that I call Project Fatigue. It happens when your working on a never ending list of tasks with no real sense of accomplishment in the short term; your just chasing a carrot (focused on the tasks). Its only in 12 months when you finally catch it do you get to see if it was really worth all that running. The point being that along the way you start to forget why you wanted that carrot in the first place and start to get distracted by that yummy apple to your left.

Now a project managed by Agile principals does work to deal with Project Fatigue by focusing on working software first and for most. So the overall project (i.e. the time that its estimated to take to complete all requested features) may be the same 12 months as the plan driven project however we get to catch that carrot at the end of every interval which helps to keep the team on track; however, Project Fatigue can still set in if we’re not reminded how each interval is inline with the overall objective of the project; what is the problem this software solution is intended to resolve? Why are you even making this product in the first place?

An organization can suffer from Project Fatigue in the same way as a team/team member can by losing focus on why they commissioned the project in the first place.

How do you fight Project Fatigue?

For a team and its members setting SMART Goals to be achieved throughout the length of the project will wake them up and keep them focused and motivated on maximum customer value and the ultimate success of the project. It keeps the Why firmly in their mind so they never stop asking the question Is what I’m doing resulting in maximum customer value?

For an organization you need a Team Sponsor; someone who can sit down with the stakeholders and remind them why they commissioned the project in the first place. Someone that can update the stakeholders that the current state of the project is still solving the identified problem and providing maximum customer value.

So that is what the heck Project Fatigue is; a state of mind when a team or organization starts to wander and lose focus on why they are doing what they are doing in the first place. What good is a project plan if you don’t remember where its leading you.