In this tutorial I’ll walk you through how to setup something like a Visual Studio Solution in QtCreator.

In Visual Studio there is a concept of a Solution which is a collection of projects so that you can build the entire solution in one go which could include executable(s) and dynamic/static libraries. A solution file is just a set of configurations that tells VisualStudio what other projects should be opened and included in the build configuration and in what order each project should be built.

QtCreator does not have any notion of solution like Visual Studio does however QtCreator does have a project template that lets you create Project Hierarchy.

Creating a Project Hierarchy in QtCreator

First lets move some files around. In your Windows Exploerer go to where you downloaded and extracted the QtQuick Sample Application, the directory structure should look something like this: 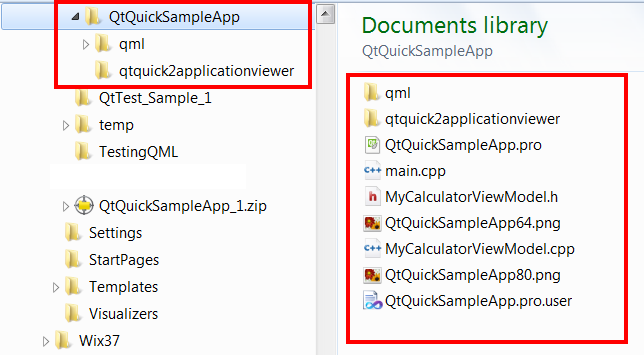 Open QtQuickSampleAppSolution.pro in your favorite text editor (for me its Notepad++) and paste in the following:

Here we are telling qmake to use a project template called subdirs which is the template that allows us to create essentially the same thing as a Visual Studio solution. The second line is specifying what projects to include in this solution.

Save QtQuickSampleApplicationSolution.pro and open it in QtCreator you’ll see you now have two projects one nested under the other. 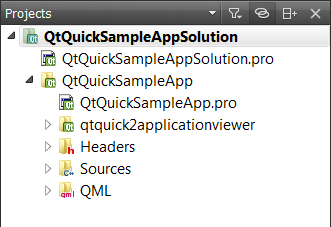 Building and running the hierarchical project will render the same Calculator sample application that we’ve grown so fond of over the last few posts.

Adding a Second Project to our Hierarchy 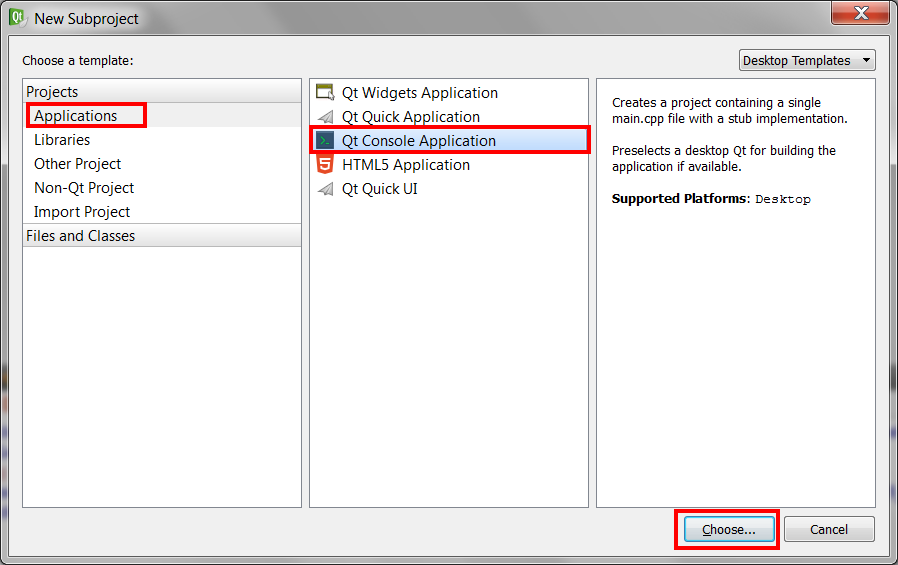 As your going through the new project wizard you may notice on the summary page at the end a new drop down called Add as a subproject to project: we want to make sure the drop down has selected the root project. This will automatically append the SUBDIRS qMake variable in the QtQuickSampleApplicationSolution.pro file to include the QtQuickSampleTest project. 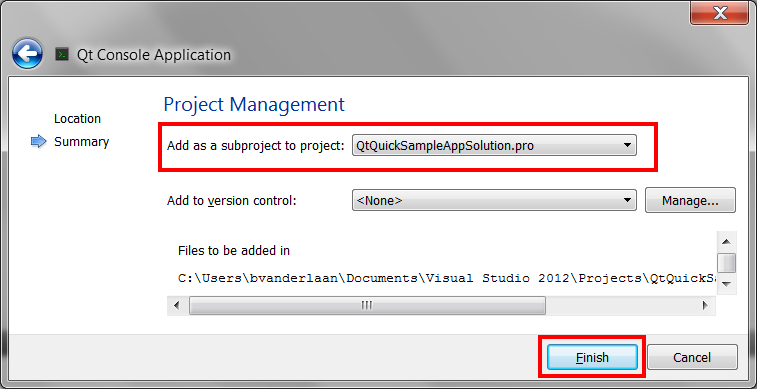 Your directory structure and project hierarchy should look like this:

Following the same process as above lets also add a Static Library project (QtQuickSampleLib) to our hierarchy so that we can share business logic between our Test Runner and Production Application. Your “Solution” should now be looking something like this: 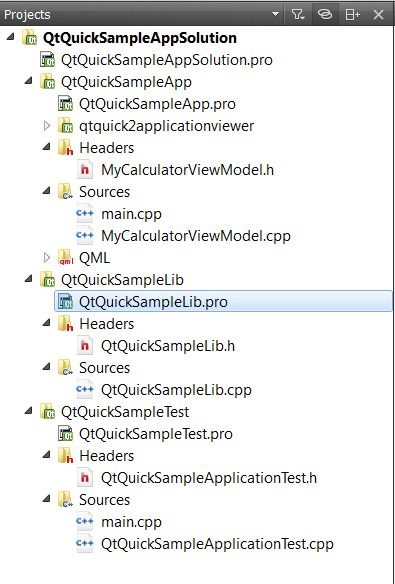 Configuring Build Order in my Solution

To do this open QtQuickSmapleAppSolution.pro and add the following to specify that the two application projects depend on the library project.

Now in QtCreator if you select Build -> Build All you should see all three projects getting compiled where QtQuickSampleLib will be the first project built.

There you have it you can now make something similar to a Visual Studio Solution in QtCreator called a QtCreator Project Hierarchy giving you a single point of entry into a solution which could consist of multiple executables, Dynamic Linked Libraries, and/or Statically Linked Libraries.

You can download a version of the QtQuick Sample Application which has been setup in a hierarchy consisting of two executables and a statically linked library project by clicking this link.