Hey Brad I’ve worked on a few different software development teams some did code reviews and some did not. Those that did all did them differently. I ask you what the heck is a code review and why should I do them?

First off I think Code Review is a good thing don’t get me wrong; I agree that they should be done for two reasons: 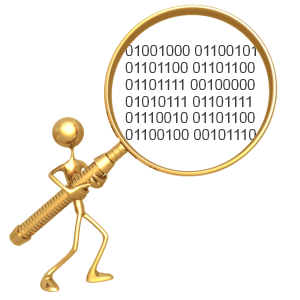 Notice that my above reasons say nothing about policing coding standard / style guide lines. That is because a code review should be focused on the design and structure of the code not if your using proper spacing and position of curly brackets; we have tools to help enforce that ( like Artistic Style for example ). A Code Review shouldn’t get held up or rejected because someone forgot to hit the space bar between a brace and a parameter name.

Code Reviews (in my opinion) should focus on:

In the world of Code Reviews there are two flavors, Pre-Commit and Post-Commit. Do I submit my code review request before or after I commit my code changes to the main line?

There are nice tools for facilitating pre-commit code reviews like Review Board, which is a WUI that lets you upload a patch for people to review (saving them having to check out a clean copy of the code base and apply your patch) and allows reviewers to make inline comments right in the diffs saving you having to look up line 147 to see what they are talking about.

As useful and easy to use as these tools are don’t get over reliant on them; a back and forth comment war using a tool as the intermediary is always better facilitated by a face to face conversation. If you hear the term Comment Thread its time to put down the tools and flap your gums face to face. You can always update the comments in the tool to reflect what came out of the conversation after the fact.

The only Conn I have for Pre-Commit Reviews is that it prevents you from making spot check-ins that would have: (a) given you history of what it was you were doing during development, (b) saved you from fixing yourself to death, and (c) hinders join development between multiple developers.

For me I want to be able to make as many commits as I feel sane; if what I’m modifying is basically inert to the project I should be allowed to commit it. Of course I would not advocate for allowing someone to commit incomplete changes that brake existing functionality but if a partial commit won’t affect the current state of the application I say go nuts you can always revert it later if it doesn’t work out.

Post-Commit code reviews can be a bit more tricky as I’m not aware of too many tools that can parse the repository for all the relevant commits to generate a patch for you (not sure if there is any really, sounds like a tall order) but if you were working in a developer branch then you could patch your main-line merge and submit that for review using the same tools you would have used for Pre-Commit Code Reviews (i.e. ReviewBoard for example). This of course means your working in a branch so you now have to deal with branch management and there will be a merging over head (Revers Integration (RI) and Forward Integration (FI) to keep your branch and the main line in sync.

If you haven’t guessed I’m use to centralized repositories like Subversion or Perforce. Distributed repositories like Git don’t have the same over head (or its already paid for by the nature of the beast) and I’ve heard there are tools that make Post-Commit (or I guess in this context Post-Merge) Code Reviews rather simple.

On projects I’ve worked on where we didn’t want to pay the overhead of branch management (unless it was a really big experimental change in-which case we spiked it) we done without tools and simply emailed each other patches, revision numbers, or if we’re adding a new file just said check out this new file please. Not as nice as having a fancy tool that lets me do inline comments and web based diffs but still manageable although can be time consuming (sifting through multiple revisions) and error pron (i.e. oh I forgot about that commit as this task took 5 days to complete).

Personally until such time as I can find a tool for a centralized repository that makes generating a patch from multiple commits (ideally without me having to remember each one) I’m much more in favor for the probably better named Post-Commit-ish process of working in a developer branch (one-to-one developer to branch or a shared branch for joint development), committing changes all day long then when the feature is completed and ready for QA merge it into the main-line. At that point do a single patch of your merge and submit a Pre-Commit Code Review via a tool like the above mentioned ReviewBoard.

This has just been my thoughts on what the heck a Code Review is; a way to ensure code quality, adherence to design and share knowledge around the team. If you have a different view or have any comments or questions feel free to leave them below and I’ll try to answer them as time permits.